Crestmead, Queensland (6 September, 2021) — A Master Technician who is helping to spearhead the adoption of Precision Agriculture, and a 25-year-old with a rapidly broadening skillset and a career on the rise have been named New Zealand finalists in the inaugural John Deere Technician Awards.

“There is an incredible pool of talent working in New Zealand, so both Bryce and Bill should feel incredibly proud of being named among the best in their field,” Mr Chandler said.

“Technicians deliver services integral to the agriculture, construction and forestry industries, by not only providing vital back-up support and remote diagnostics, but by empowering operators to get the most out of their machinery and technology.

“The role technicians play will only grow in importance as the machinery sector moves through a technological leap that will drive industry growth and efficiency, and we are delighted to be paying tribute to our best and brightest at our first ever John Deere Technician Awards.”

The John Deere Technician Awards were established this year to recognise the hard work and expertise technicians provide to customers across Australia and New Zealand, and their drive to support operators and businesses to be their most efficient, productive and profitable. 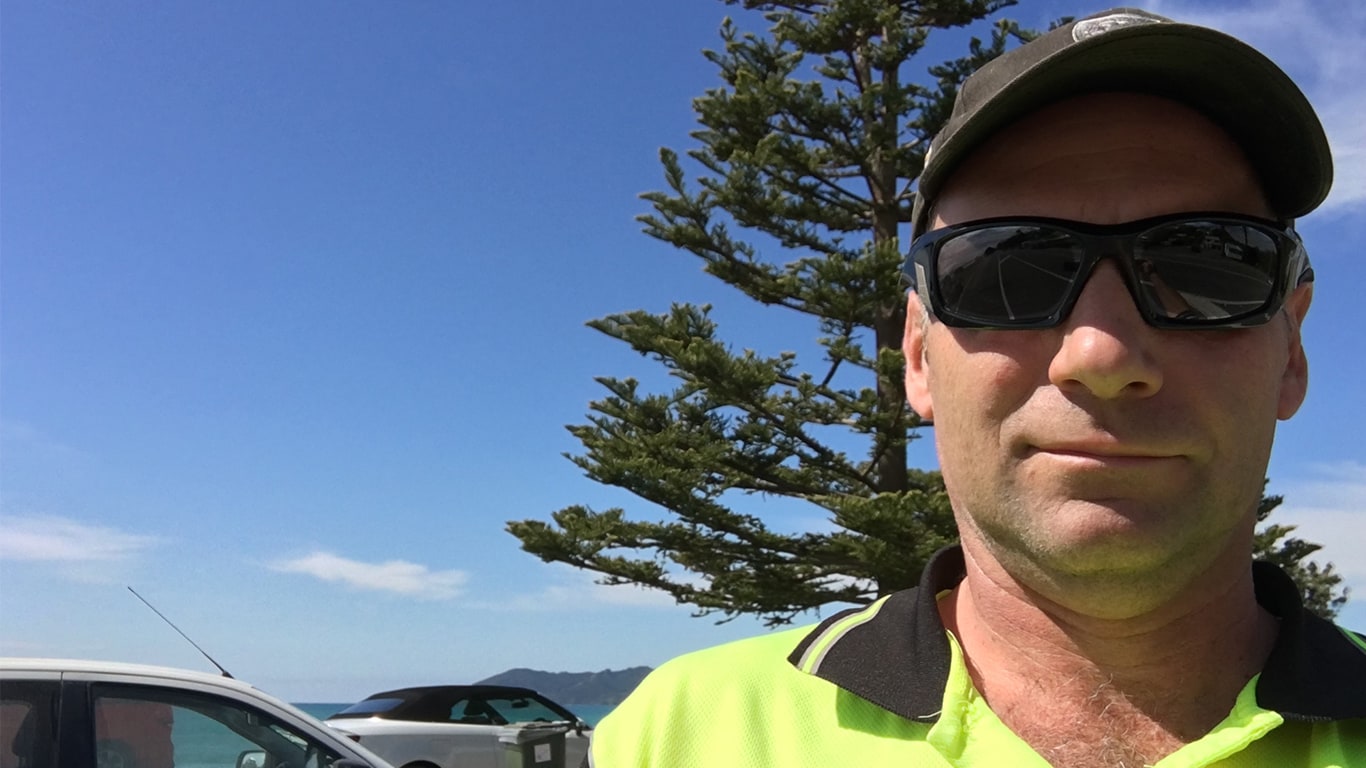 WHEN supporting the Whangārei region’s thriving farms on behalf of Cervus Equipment, Bryce Dickson turns more to his computer than to his toolbox as his first point of call for diagnostics and identifying issues.

“I can often fix issues online, or I can diagnose problems remotely so when I make the drive out to the farm I have the correct tools and parts ready to go,” Mr Dickson said.

“Often, I am showing farmers how to use their equipment more effectively through Remote Display Access — the platform that allows me to dial into a machine remotely. For instance, our planting season will start up again here soon and I know I will have growers calling wanting a refresher in some of the Precision Agriculture systems.”

Bryce, a proud father of two, completed his trade in the automotive industry but became attracted to the agriculture sector when pursuing long-term stability for his family, which he believed a job critical to food production could deliver.

“I was a car technician right after the Global Financial Crisis hit, and at that time my wife and I were starting our family, so I wanted to transition to a sector like agriculture which provides job security,” he said.

Now, with more than 12 years’ experience in farm-servicing sector, Bryce is confident he made the right decision, particularly given his family’s love of living in the Whangārei region where they make use of the area’s fishing, diving and horse riding opportunities. 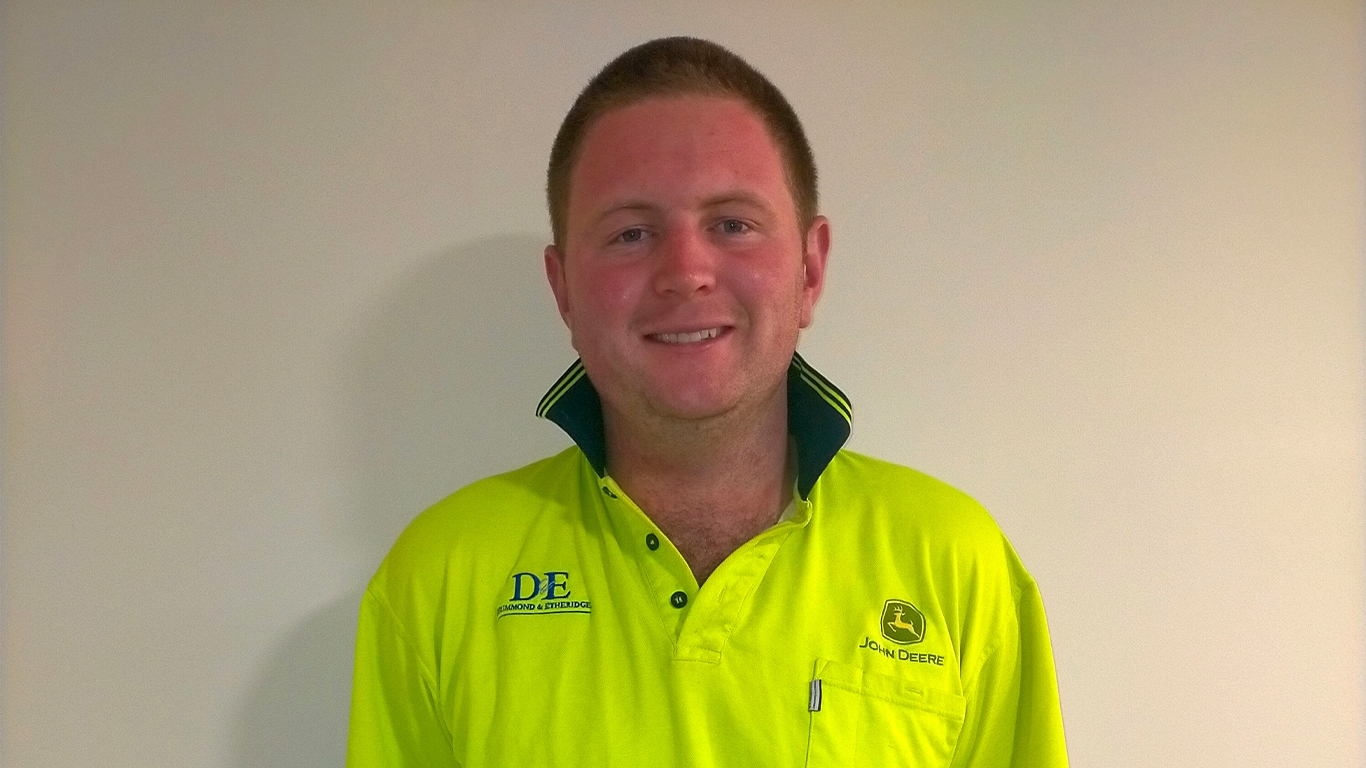 OVER the past year, Bill Winter has thrown himself into his role as a technician at Drummond & Etheridge John Deere dealership to help forge a strong relationship with local customers and operators in the agriculture and forestry sectors.

“One of the reasons I came here is because of my experience with the silage choppers, but this is a region which also has dairy, beef, sheep and some cropping as well as a fairly large forestry industry,” said 25-year-old Bill who joined the dealership last September.

“This means I have worked on everything from choppers to tractors to combines.”

Bill, who grew up on a small beef and sheep farm, has strong ties with agriculture and said it is working with customers to maximise the performance of their machinery that he finds most rewarding in his job.

“There is great satisfaction when a farmer is impressed with a service, or when they are stoked you were able to fix something in a very short period of time,” he said.

“That’s the ultimate reward for me, as I know I am bringing something to the table for their business.”

In his spare time, Bill works as a local wedding celebrant, a qualification he secured after marrying two close friends. He joked he hadn’t married any farmers or customers yet, but he was more than willing too.

“I have only married them to their machines at the moment,” he said.

“These technicians have been outstanding in all aspects of their work and go above and beyond to support their customers,” he said.

“We are incredibly proud to have them be a part of our business.”

About John Deere:
Deere & Company (NYSE: DE) is a world leader in providing advanced products and services and is committed to the success of customers whose work is linked to the land - those who cultivate, harvest, transform, enrich and build upon the land to meet the world's dramatically increasing need for food, fuel, shelter and infrastructure. Since 1837, John Deere has delivered innovative products of superior quality built on a tradition of integrity. For more information, visit John Deere at its worldwide website at JohnDeere.com in New Zealand at JohnDeere.co.nz.