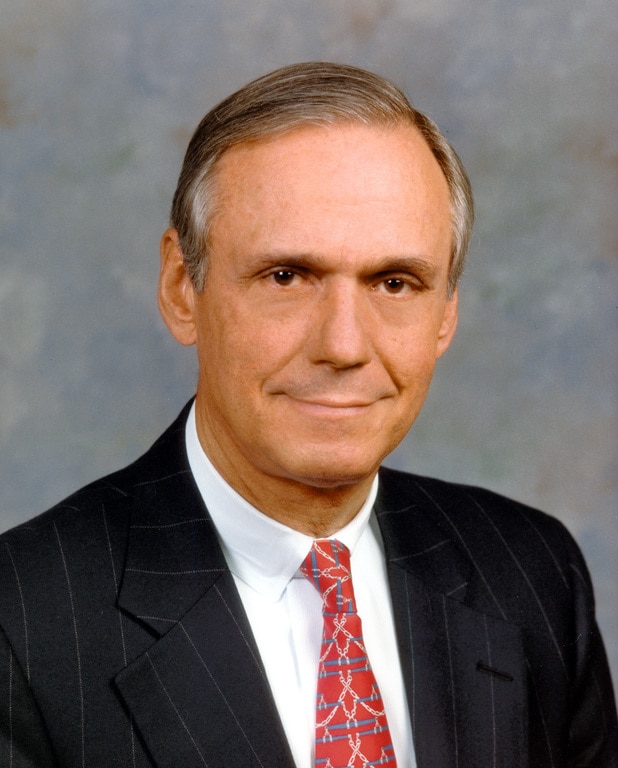 A 1957 graduate of Trinity College in Hartford, Connecticut, Hans Becherer joined Deere & Company in 1962 after receiving an MBA from Harvard University earlier that year.

Until the early 1980s, Becherer served in a variety of marketing and management positions in Europe, and in 1983, was elected senior vice president of Deere's Overseas Farm and Consumer Products Division. In 1986, he was named executive vice president, Worldwide Farm Equipment and Consumer Products. Subsequently, he was elected president and chief operating officer in 1987, and served as president and chief executive officer from September 1989.

In May 1990 Becherer was elected chairman of Deere & Company upon Robert Hanson's retirement. Becherer stressed "genuine value", building on strategies of continuous improvement and global growth.

The company continued to expand its presence around the world, and entered new markets in China, India, South America and the former Soviet Union. During the 1990s, technology took a firm hold, and John Deere continued to lead the industry with innovations in precision farming and computer use.

With the opening of the John Deere Pavilion in Moline, Illinois, in 1997, John Deere became a major player in the tourist industry. The Pavilion, with equipment displays and interactive exhibits, is one of the state's top tourist destinations.

Deere & Company (NYSE: DE) is a world leader in providing advanced products and services and is committed to the success of customers whose work is linked to the land – those who cultivate, harvest, transform, enrich, and build upon the land to meet the world's dramatically increasing need for food, fuel, shelter, and infrastructure. Since 1837, John Deere has delivered innovative products of superior quality, built on a tradition of integrity. For more information, visit John Deere at its worldwide website at www.JohnDeere.com.