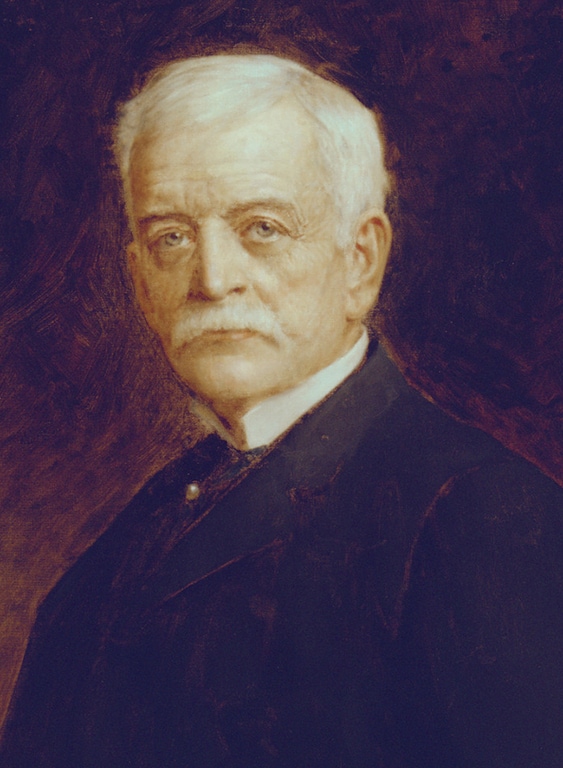 Charles Deere, the second son of John Deere, wasn't expected to lead the company his father founded. After all, it was his older brother Francis Albert who was considered to be the heir apparent and sent away for schooling to learn bookkeeping. However, when Francis Albert died suddenly in 1848 at the age of 18, it fell to Charles to learn the ropes of the family business.

In 1854, newly graduated from Bell's Commercial College in Chicago and only 16 years old, Charles joined his father's company as a bookkeeper. He proved to be a quick learner in the world of business – quite a transformation for a young man who, as a youngster, had been an indifferent student at best.

Charles quickly advanced to the marketing side of the business. As head salesman, in charge of dealers and salesmen, he often took to the road to introduce plows to potential customers in new territories. He reveled in demonstrating the equipment himself, hitching horses to plows and carving furrows in the soil.

The first several years with his father's company were good ones for Charles. Then, in 1857, the financial climate in the United States changed. The "Panic of 1857" proved to be the undoing of many businessmen. John Deere was almost one of them because of cash flow problems and substantial bills for raw material.

As a result, management of the company was transferred to 21-year-old Charles, in large part because of his shrewd business sense. While his father remained as president of the company until his death in 1886, it was Charles who would guide it for the next 46 years.

The branch houses provided valuable information from the field that influenced new product development. As a result, by the time of Charles Deere's death in 1907, the company was making more than 300 models of plows (including the famous Gilpin sulky plow), some 164 cultivators, a variety of corn and cotton planters, and other implements.

Charles Deere's legacy was the transformation of the company founded by his father from a regional plow manufacturer into one of the country's major implement makers.

Deere & Company (NYSE: DE) is a world leader in providing advanced products and services and is committed to the success of customers whose work is linked to the land – those who cultivate, harvest, transform, enrich, and build upon the land to meet the world's dramatically increasing need for food, fuel, shelter, and infrastructure. Since 1837, John Deere has delivered innovative products of superior quality, built on a tradition of integrity. For more information, visit John Deere at its worldwide website at www.JohnDeere.com.